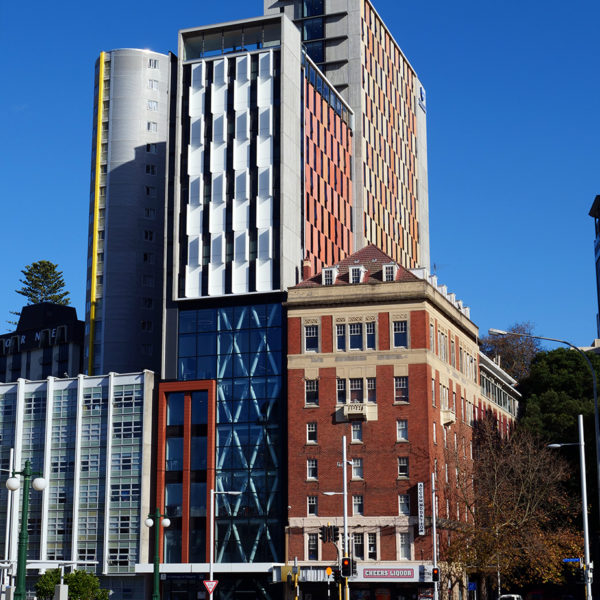 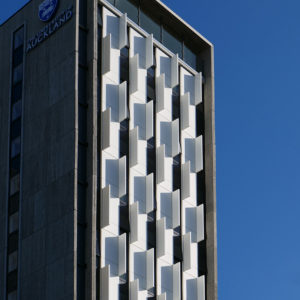 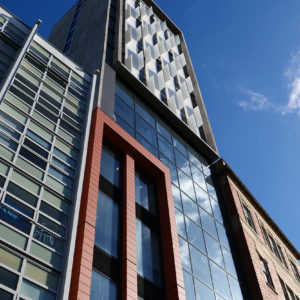 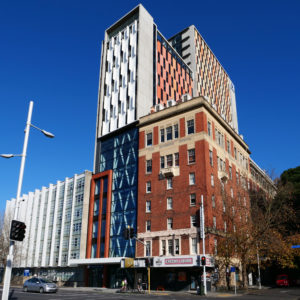 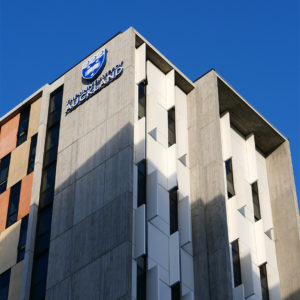 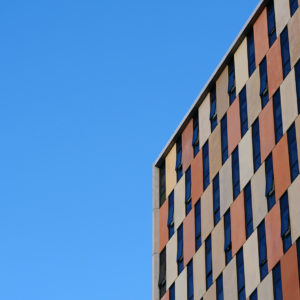 “As an abstraction of the activity within, the façade design is based around modulating the elevation while also providing an attractive exo-skeleton”

The site, which is sandwiched between Anzac Avenue and Beach Road, provided an opportunity for a proposed building to address both the University campus and the city’s waterfront via two street frontages. Contextually the area is characterized by the neighbouring historic Station Hotel and a mix of office buildings, student accommodation and apartments of medium density. Architecturally the plan form is a response to the site’s narrow configuration, step topography and the tight development controls, with a focus on responding to and reinforcing both the Beach Road and Anzac Avenue environments.

The development has been designed to accommodate students and associated activities on a non-permanent basis. In order to engage and connect the occupants with the street environment, double and triple height foyer space allows views through the building and beyond. This transparency at ground level at both frontages allows for visual connection around, into and through the building forming an active façade. The overall massing of the building comprises of two towers on a single plinth which address and reinforce the two street frontages and helps mitigate the scale of the proposal.

As an abstraction of the activity within, the façade design is based around modulating the elevation while also providing an attractive exo-skeleton for the building via pre-cast concrete panels. It is important that the building’s function as student accommodation is legible from the exterior and that the facade treatment is distinct from the surrounding existing office buildings. The design also distinguishes itself from some of the more prosaic examples of the archetype evident in the surrounding area. Patterning created by the ordering of the module and an intricate colour scheme is intended to break down and articulate the surface of the building.